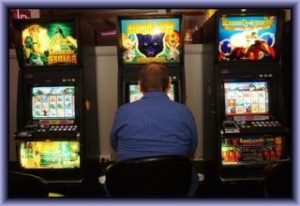 A recent research study by Australia’s National University regarding the behaviour of construction workers in remote areas, found that a large percent of the workers were problem gamblers. In researcher Bruce Doran’s study, nearly eleven percent of these mobile workers at Queensland had gambling problems as they usually worked in remote locations around the nation away from family members. The study revealed that this gambling problem was aggravated by social and physical isolation that these mobile workers faced in alien surroundings. It is disturbing to note that this isolation is resulting in their financial ruin and making money for casinos and government as poker machines pay around $3 billion in taxes every year.

In Australia’s there are more than million gaming machines and the largest concentration is in Northern Territory. This is largely due to concentration of FIFO workers in the area that has led to growth of pubs and clubs along with poker machines. Gaming Minster of Northern Territory Peter Styles stated that, these machines provide entertainment and relaxation for fly-in fly-out (FIFO) workers so the pubs in this area can now have 20 poker machines while clubs can have 55 machines per venue. This law is expected to create fair business zone for operators that were unable to have more machines at their venue due to government cap.

Researcher Bruce Doran considers this addition as a greater risk for workers as it will make them more prone to gambling. These pubs and clubs are socializing zones for construction and mine workers where the meet to discuss work or to get tips on finding work after project completion. The study has revealed a disturbing fact that these problem gamblers sometimes spend their entire week’s pay on a few hours of gambling. It also made an encouraging find that these workers avoid gambling when they are involved in a romantic relationship.

As a part of the on-going state debate to allow tribal casinos near state’s borders to bring in more revenues, the Connecticut Lottery Corporation has presented proposal to…

Maryland gambling regulators assented to the request of casinos allowing blackjack dealers of drawing a card on hand popularly known as “soft 17”. This change will give advantage to…

One of Australia’s most famous investors recently decided to invest in a number of Macau casinos. James Packer, an Australian billionaire, believes that the Macau gaming industry can…

Australia All Set to Bet Against Offshore Gambling Operators

Australia is a dream for world’s leading gambling operators. Residents of the nation gamble through a number of well known online gambling companies like Betspin Casino, Guts Casino and Casino…

Some Useful Links for You to Get Started

It seems like you’re running a default WordPress website. Here are a few useful links to get you started: Migration How to use WordPress Migrator Plugin? Migrate…